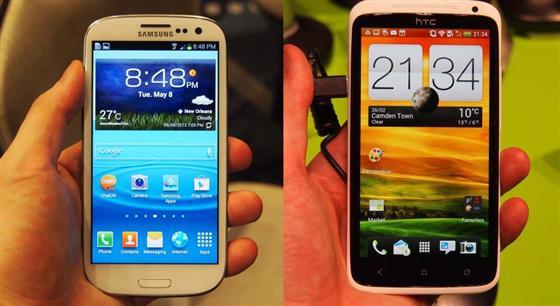 Here in this post we will thoroughly compare Samsung Galaxy S3 Vs HTC One X to help our readers to choose from these phones.

HTC One X is equipped with a 1.5GHz quad-core processor, 4.7inch HD LED display, along with HTC sense 4 UI. This smartphone also features a 8MP primary camera and 1.3 MP secondary camera. Along with that HTC one X runs latest Android OS (after release update). and for connectivity it has Bluetooth 4.0, WiFi, NFC , USB 2.0 and 4G (market specific). for more info see HTC One X full specification.

What do you think about comparison of Samsung Galaxy S3 Vs HTC One X. which one will you prefer to buy?