Why Chrome-apps on Android could be unwelcome? 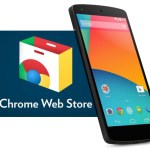 A bunch of Chrome-apps originally meant for your computer’s browser are now made to compete to run on your Android phones and tablets also, as per a recent Google’s announcement.

Until 2009, when Android apps were simply ported across from iOS without much of work or research, the user satisfaction was far below the mark in terms of menu and accessing.

But, last two years of research of Android 4.0 version along with Google’s design suggestions have brought about some sort of quality functioning and stability; it has been since then achieving a final unified design language for the platform providing an overall wholesome experience with periodical refinements in the phone for its users.

At a time when positive results have started flowing from Android developers’ research, again allowing cross-platform import of apps is not welcome at all, people feel. We have no specific feed-backs from users, nor have we any experience with them ourselves; but the very statements coming from Google are a cause for worry about their suitability and performance.

reveals a major difference as below. Google’s apps are found guised as a bundle of web app, now made to run on a phone, while Android’s native app proves natural as an Android –centric app in terms of styling and steering through; but, both are found to have  enormous differences particularly performance-wise.

But this rise in cross-platform apps is of recent origin. Ever since VP Sundar Pichai took over as VP Chrome and Apps, one can see frequent releases of such cross-platform apps; but only a few of them could be credited with some positive upgrades like assimilation of Google Search into Android’s phone app and the transfer of Google Cloud Print into the system stage, while many others have not met with desired level of success.

But this tendency of some developers like Google to induct their apps on Android platform is overall neither welcome nor conducive, considering the high performance and stability Android developers themselves have so far achieved and still labouring for. What is at stake is only a performance-packed platform, not increased apps coming from alien platforms with discordance.

So,  it’s felt, as a temporary measure, such apps are separately named, so when used, users are able to distinguish and understand the differences; and in long run, it is our robust hope that such cross-platform imports do not become the order for Android apps.