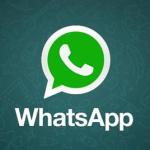 What is WhatsApp Messenger?

The WhatsApp messenger is the most popular cross platform messenger.  WhatsApp works on all the smart phones and on some feature phones as well. It is a great way for instant messaging among friends. The WhatsApp messenger has a smooth easy to use interface that allows people to share text, pictures, videos, contacts, location or voice recordings and other file formats.

WhatsApp Messenger Features, and how it works

The strong point of WhatsApp is that it uses the phone number as the user Id and thus it is easy for people to locate contacts that are using WhatsApp. Currently WhatsApp is a free messaging service. It offers good speed in transferring files and chatting. It is easy to install and set up. It does not require any sign up.

A person can also create groups using the messenger which is a great way for people to stay in touch. This is especially useful when contacts are using different mobile platforms. WhatsApp has removed the kinks in the group messaging service by allowing group owners to remove contacts from a group and also by increasing the limit on the number of people who can be part of a group.

The WhatsApp messenger comes with its own suite of emoticons, for its users, to make chatting more expressive. The messenger has some nifty features like emailing a chat, which is useful for making a quick back up. The messenger also allows for backing up of chats onto the SD card.

The WhatsApp messenger usually creates its own folders in the Gallery folder, so it is easy to view pictures, videos and audio files that were shared through the messenger.  The messenger can also be used to share most files on the phone, by picking the WhatsApp Messenger from the sharing menu.

WhatsApp currently does not support voice chatting. It also does not install on the SD card for a lot of phones. This can be a problem for some as often the low end Android phones do not have a lot of internal memory to spare. The messenger might require frequent clean ups of conversations to clear up internal memory space.

Why you should use WhatsApp Messenger :

Apart from these drawbacks the WhatsApp messenger is a great messenger tool that works across different platforms. Because it works via the data networks and WiFi it can be used by people across the world and not attract heavy messaging charges. The WhatsApp messenger does attract data charges based on a person’s data plans and usage.

The messenger works seamlessly across different platforms.  It’s an easy to use messenger with a good clean interface that makes messages easy to read and reply to. The WhatsApp messenger is the new way of instant messaging among friends and family. Since people spend more time being close to their phones than computers the messenger is a great way for people to stay in touch.