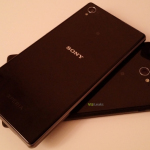 Sony has been launching many devices around this year and there are many new releases coming from Sony this year. Recently we covered an article about Sirius from Sony manufacturers which is yet to be launching in the coming months and within this time Sony is planing to launch a mid range phone at the MWC. And this news was confirmed by the tweet from the tech tipster vikileaks. Lets roll out and look at the spredicted specs of Sony Xperia G.

Sony Xperia G is a mid range phone which is similar to the specs of Motorola Moto G. It has a 4.8 inch screen display with a capacitive touch screen and the design is also great with awesome looks. We cannot confirm that the screen size is 4.8 inches, but it can also be a 5 inch screen display! As it has a mid-range tag, it has a feature of 720p HD recording instead of 1080p. This was a bit disappointing and hope the prediction is not true!

The predicts suggests that the Xperia G will have a 1.4GHz quad-core Qualcomm Snapdragon 400 processor and has a RAM size about 1GB which is enough for a mid range device.  The specs may be different as the company want to build a phone that can give a better competetion to Motorola Moto G.

As you know, Sony Xperia Devices always has a different User interfaces compared to normal android phones !! This device also has the default interface with Android 4.4 KITKAT running on it. I know the device specs are exciting ,I also want  to pre-order and be the first to get it in my hands!!

The camera feature is predicted to have a 20 mega pixel rear camera and a 5 mega pixel front camera. But according to my view the camera will not have 20 mp as a rear camera and it may have a 13 mp or a 12 mp camera because the device has a mid-range tag and this is why the predictions may go down!!  The rest of the camera features like Auto-foucs, Panaroma View, 3D capture, shutter speed and 720p HD video recording are the same. I am pretty sure that this device is going to defeat the Motorola Moto G and some other devices in this range.

Well this is the news that got leaked from the tweet yesterday and we all hope that the the specs may come true and soon Sony shall reveal all the specs in the coming event.

What could the price be ?

AS we heard the rumors and news of this device being a competive to Moto G the price of Xperia G  would be estimated around 14,000 INR or even less. The rumors from viki leaks may be true as it was the first tweet to leak out the specs of Nokia Lumia 1020, this is why the tech community is popping out the news about Xperia G.

Do stay tuned for more news and updates from MyAndroidMag!!