Sony to Debut Sirius In the Coming Months 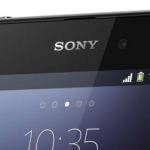 At Present the most popular smartphones are Samsung, Motorola ,LG and HTC. Along with them Sony is also a top most manufacturer which has given us a quality service since years and its also featured in the news that now Sony is playing to launch a new smart phone which is going to be a debut to them. How can i say this ? Well the answer rest in the news itself!
Recently, Sony has sold VAIO company to a Japanese company without any reason and telling that they will concentrate more on lets growing technology like indirectly, for the mobiles and tablets. This will clearly  hint us that this phone named Sirius will make its Debut !!
There are some leaks of this news and the specifications too !! lets check them out.

Recently there were some tests going on for this smartphone, and the leaks say us that this phone has a Qualcomm Snapdragon 800 Processor . And the RAM size is about 3GB which is very perfect configuration from the manufacturer. We have also heard some news about the storage memory capacities, they say that it is available in a 16GB variant.

The camera is expected to have a 20 mega pixel rear camera with HD recording screen and there  is no news about the front camera.  As the camera quality if from Sony we cannot doubt about it and can expect more perfect images shooting lens which is available in DSLR’s. I expect the quality is similar to DSLR’s photography, if this could be possible then there will be a huge demand for the Sirius in the market.

This device named Sirius will run on Android operating system and the manufacturer confirmed the news that it is installed with a Android 4.4 KITKAT version. Coming to the news about screen, this device has a 5.2 inch screen with a 1440×2560 “2K” pixel resolution. This is the first phone from Sony releasing a 2K resolution phone !! Keeping the interface and screen part  a side

I am sure that Sony will surely concentrate on this one and make this phone a successfully and demanding one by increasing the capacity of battery. Normally a phone with 20 MP and Qualcomm snapdragon 800 processor the batteries would have a backup of 2800 mAh and now here the Sirius have a battery backup of 3300 mAh which can get a some long hours !!!

This phone will release with a retailed price of Rs. 20,000 INR or even less if the company wants to sell  for low price so that everyone would make the best use of this smartphone. !! Reducing the prices helps both the middle class people and also pokes everyone to get a new phone and that would be a Sony Sirius.

When is the release?

According to my clarifications and news over the web, this mobile will be launched at the Mobile World Congress event. The event is in march and there are only few days left for the launch of Sirius! Please subscribe to our news and more news on #MWC 2014