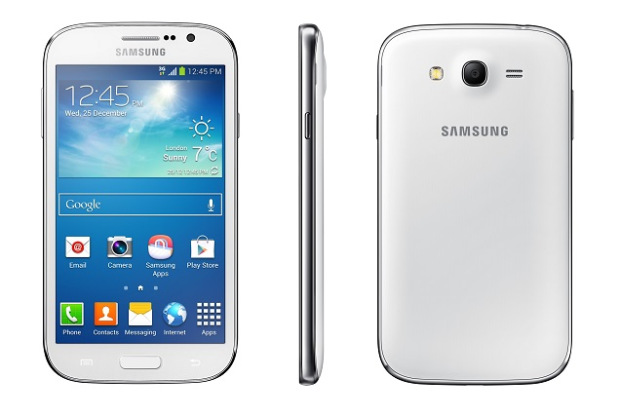 The wait is finally over and Samsung finally is ready to officially launch its new grand neo into indian marketplace.  The new Grand Neo is a total competitor to Motoroal Moto G and the new Soy Xperia G which is going to be revealed at the MWC 2014.  We had already cover about both the phones please do check out the details of these phones.

According to the tweet by Samsung, the post says that the manufacturer  is all set to launch its new Grand Neo in to the market and the price is retailed at Rs.19,010. It has a 5 inch Screen Display with TFT touch Screen and it is powered with a 1.2GHz processor and a  1GB of RAM size. The manufacturer of the processor is not yet specified but we expect it to be a dual or quad core snapdragon processor. Coming to the  features of this device it has all the same features like Auto focus, shutter speed , Wi-Fi Direct, Bluetooth 4.0 LE, GPS/AGPS connectivity. This device packs with a 5 Mega pixel rear camera and VGA front camera! I don’t know why Samsung made the camera to be 5 mega pixel and retailed it to have 19,010. I am sure this much price would buy a Moto g which has more specs and features in it !! Don’t know hwy Samsung got back thinking about the feature, ok lets leave about this matter and step forward!

Stepping into the battery section! Lets see how the battery backup is improved this time as there were always complaints regarding battery backup! Galaxy Grand Neo is powered with a 2100mAh battery, which can run up to 8 hours on 3G Internet usage and up to 10 hours on WIFI usage. Seems the device got some standard power that it can withstand, lets see how the reviews roll out after the launch of Galaxy Grand Neo.

Manufacturer: Samsung
Model: Galaxy Gran Neo
Type: Dual SIM
Camera: It has  5 mega pixel rear camera and a VGA front camera, the camera features turn out to be amazing and fantastic. It has some cool features like Auto focus, Shutter speed, Editor, Fast Share and Send Options through many Social Networking Sites.
Hardware: This device is powered with an unspecified 1.2GHz processor along with a 1GB RAM size and it weighs around 163 grams.
Software: obviously all Samsung smart phones will run on android operating system and this phone will be running on Android 4.4 KITKAT version. You need to do much more things with this device, so hurry up and grab the pre-orders (if available).
Screen Display: It has a 5 inch Screen Display with a 720 p HD video recording and a TFT touch screen.
Battery: As we already discussed about the battery backup it gives about 2100mAh which it upto 8 hours with a continuous usage.

The price of this phone is retailed at Rs,19.010 and the phone will be launching in the coming days. I hope Hyderabad will be the first one to be launched.