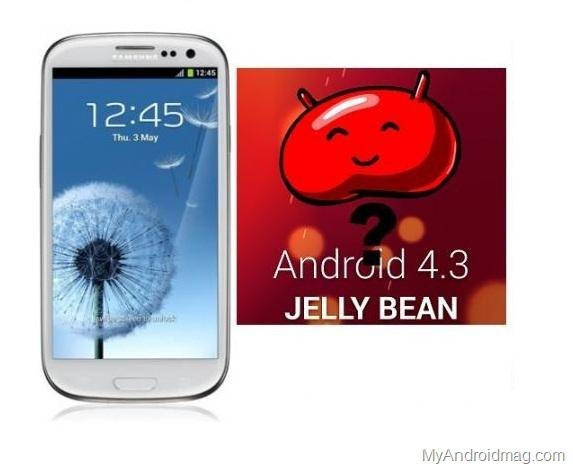 Despite the latest Android 4.4 KitKat operating system being officially launched months ago, the Android 4.3 operating system is just now being released and updated on a multitude of phones. Last month we saw two of the newer Android smartphones, the Note 2 and the latest Galaxy S4, get the Jelly Bean update, and now it is finally time for one of the most popular Android smartphones, the Galaxy S3, to finally get the update.

Just earlier, an international model of the Galaxy S3 with the model number GT-I19300, received the update and is only available in Ireland. After the preliminary tests runs have been done and any last minute fixes have been updated, we should expect to see the rest of the Samsung Galaxy S3 smartphones around the world get the update in various phases.

With the new update, Galaxy S3 users will see some vast improvements. Unfortunately it is said that Samsung has excluded the Knox feature so far in the update, however there is a new tabbed interface in the settings app which is quite nice. Additionally Samsung Galaxy S3 owners will now have Galaxy Gear support on their phones (a major plus for those looking to get the smart watch), a new lock screen with a personal message setting, updated GPU drivers, a nifty new keyboard, and more.

Below is a quick roundup of the rest of the features seen in the update: