Huawei MediaPad X1 gets leaked on the Web 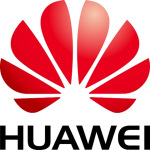 Huawei reveled a new android powered tablet a few hours ago and named as Mediapad X1, it is not yet launched but the specifications and the news got leaked and this will an interesting start for the gadgets to showcase at the Mobile World Congress 2014. This year we can expect some cool and revolutionary devices to launch in this event and moreover the apple event is also coming in the month of July. We could expect a ios8 or iPhone 6, I am very much excited to here and having goose bumps whenever I hear such news….. ok let’s get it our topic!

As the Mobile World Congress is nearing, more and more gadgets from across the manufacturers are getting announced which will be showcased in the same. There are many rumors and leaks every hour about the new devices launching at MWC 2014. And here come the news of Huawei Media pad X1 into the list of devices releasing at MWC 2014. Let us see some specification of this tablet.

The tablet is said to have a 7 inch display with resolution of 1920 x 1200 pixel like the nexus 7 and the iPad mini. It has a smooth touch screen with amazing responsiveness and hope this could be around these devices a give a great competition.  It is powered by a 1.6 quad core HiSilicon 910 processor clocked with 2 GB of RAM in size which is enough for a student or a normal geek who spends his bored time on his phone to play some better GPU games or doing something.
Huawei  gives  a 5 megapixel rear camera and 1. 3 mega pixel front camera for this device which makes the tablet gets more attention. Sadly by default it runs on Android 4.2.2 Jelly Bean final version and after the 4.4 update is available on its software you can easily update to Android 4.4. KITKAT with a single click, cheers!

Manufacturer: Huawei
Model name: Mediapad X1
Type: Tablet
Camera: it has a 5 mega pixel rear camera and 1.3 mega pixel front camera
Hardware: the device packs with a 1.6Ghz quad core Hisilicon 910 processor with a RAM size about 2 GB.
Software: Runs on Android 4.2.2 Jelly Bean
Screen Display: This phone has a 7 inch screen with a smooth responsive touch screen.
Storage: The device unpacks with a 16 GB internal memory and can also be expandable up to 32 GB
Battery Backup: It has a minimum battery backup of 2800 mAh , which is an average backup and companies should really work on the batteries part to gain more marketers and buyers, because battery life is the most important and useful thing for a daily human.

Price of this device is estimated around 12,000 to 13000 INR which make a better rival to nexus 7 devices . Hope this device get hits in the market and have a great future ahead.
However the pictures for this device haven’t leaked yet!! i will surely update them when its available, so please subscribe to this blog to get more news, tips, reviews and other updates related to only android because we die hard fans of android.