Facebook’s Pioneering Android Security Tool is opened to the World 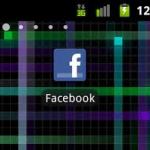 Next time you load the Android app on your phone remember to store it on the SD card and not on your phone memory. The SD cards provides additional storage space and new apps are often stored on these SD cards that can be pushed in and out of the phone.But this can create a problem.

Any app can read and write data from an SD card and also access information that has been written by other apps. Any malicious application on your phone can creep into other sensitive data stored on your phone.

Facebook has developed a tool to protect their apps stored on SD cards by shielding their apps from unsolicited intrusion from any other malicious app. They are now revealing the know how to  other software developers who can benefit by protecting their apps too. This ultimately helps the user whose data is now protected.

Large tech companies are now sharing their engineering developments with other global developers and companies to reap  its benefits. Facebook, Google and Twitter are leading this league. Open source software had laid the engineering platform of these organizations and now giving back their newly developed tools to the same arena is more than mere payback. This will give an impetus to new innovations to enrich the online functioning.

Facebook’s android security tool is named Conceal. Data stored on the SD card can be safely encrypted and decrypted using this Library of programming code and is already used for the primary Facebook app. Subodh Iyengar, software engineer of Facebook says that the Company started building it six months ago.

The tool is particularly designed for Android running mobile phones, including low end models. It is based on Open SSL algorithms. According to Iyengar the 85 KB library is very concise. includes only relevant defaults, which feels is a sensible approach because getting the right encryption is quite tricky.

Facebook’s open approach may sound a bit ironical because their newly launched Android app seeks  permission to access text messages on that phone. Although the company explained that two factor authentication becomes easy in this process, some feel that this would provide unwanted access to personal information for the company.

The visibility of the open source software even lends legitimacy to it. The open sourcing code has contributed remarkably to change the way of building hardware and software for any type of computer application including the tool for Android app.