I have seen many of the people getting confused in judging the right phone between Nexus 5 and Sony Xperia ZL . So today I have decided to compare the both phones and give you the exact result. So let’s start –

Camera
Xperia ZL has a 13 Mega Pixel rear camera and 2 mega pixel front camera with HD quality and can take pictures with shutter speed under any lighting conditions while the Nexus 5 has only 8 mega pixels rear camera and 1.3 front camera with same HD quality and also has the same features. Except the quality, both camera functions and features are same. So Xperia ZL wins a point in this part!

Hardware
Xperia ZL has a 1.5 GHz Qualcomm Snapdragon S4 Pro Quad Core processor. This combination of the Snapdragon Pro Processor and the Adreno 320 chip means you can use the phone for some serious multitasking as well as gaming and has a RAM size about 2GB. Nexus 5 has 2.3 GHz Qualcomm Snapdragon 800 with Adreno 330 chip and 450 Mhz while is more fastest for multitasking and has a RAM size about 2GB.
When compared to the hardware, both have the same specs and vary a little bit which can be compromised and no one wins in this part.

Software
When we are talking about the software part, we know that both smart phones are powered by android operating systems, but xperia zl has a third party software while the nexus 5 claims to have a stock android operating system which gets the latest updates very fastly. And xperia has a 4.1 (jelly bean ) OS while Nexus 5 has a Android 4.4 (KITKAT) OS running on it.

So here, Nexus 5 gets a point.

Battery Backup
Both the phones has a 2300mAh battery backup and  supports a talk time fo 10 hours on 3G and 13 hours on 2G continuously. The standby time is 500 hrs, so it’s no one is a winner in this part.

The price of Xperia is around 24k INR and Nexus 5 is 33K  INR which is more when compared with xperia and its specs. So my suggestion is, if you don’t have any problem going without a stock android OS then you should go with Xperia Zl and it’s the right decision at this time. So finally, we judge that Xperia has better specs, performance, backup and is also very less in price. 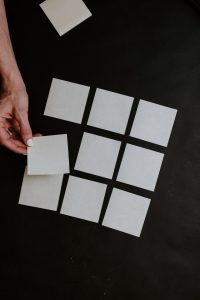 Organize your Apk’s by Renaming with Local Apk