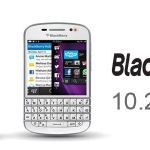 Blackberry (BBRY) has introduced a new upgrade for its latest BB10 OS version 10.2.1. Thus Blackberry has provided this upgrade for the Android supporters. BB10 offers support for Android applications by downloading the Android 4.2.2 Jelly Bean to run in its OS system.

However BBRY users will not be able to download this application via Google Play store but need to go to a third party website such as Amazon for grabbing their favorite applications. This condition is expected to change soon with the Blackberry transformed purely into content and software related Web Company. It might soon offer accessibility to its Google Play store for BBRY users too. In this way Google will be able to reap more profit through its sales of Android applications on any mobile device.

Blackberry has lost its share of market value and this decision is a late recovery step that it has implemented. Following are few Android applications that users of Blackberry 10 mobile-

Blackberry will not be able to suddenly increase the demand for its devices because of this new implementation. But still Blackberry users mostly in Indonesia, Canada and South Africa will be delighted with this change and sales is expected to increase sooner in other countries as well. BBRY users can easily download and try this new upgrade through the Amazon apps store. As we all know with more Android applications Blackberry devices are expected to become a more interesting gadget that is sought by many across the globe, because of its effortless smooth running version.

Blackberry need to also concentrate on certain other issues that can be easily tackled by gaining some knowledge with its new partner Foxconn (OYTC: FXCOF), which is a developer of new less expensive wonder Smartphone. It can distinguish itself by portraying its extraordinary quality of communication capabilities and the QWERTY keyboard. The back button and the back pad could also be added as new upgrade for better experiences.

The stock prices of Blackberry have shot up over 50% after the new CEO John Chen’s introduction. Many investors are pleased and happy to investing in its stocks has increased its value in these few weeks extensively. You can check the progress made by Blackberry and decide accordingly.