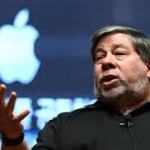 Apple is highly ambitious in developing Android Phone in the near future, hinted its co-founder, Mr. Wozniak. He has honest plans to drive Apple into Android market next to iPhones. The company wants to develop Android phone based on the platform that Google is using. The company has all the capabilities to enter the market.

While talking in an interview at the Apps world conference, held at San Francisco, he stressed about a fact that iPhone and Android have become rivals to each other. Wozaik unveiled the plan of Apple to enter in Android segment. He also commented on the failure of Blackberry by saying that they should have developed an Android phone much earlier, but it is too late now.

Mr. Wozniak threw some light on past activities fetching laurels, which Apple did in past related with the development of iPhone and iPad devices. He said, the company does every activity with conscious efforts to develop its products for future. Apple takes a long time to come out with its innovations and ensure high quality.

Mr. Wozniak also commented on the appointment of new CEO, Tim Cook. It will take sometime for Mr. Cook to take the company to new heights. He said, the company has outnumbered Microsoft in the area of innovation.

The Apple co-founder gave a peace of mind to the National Security Agency at the conference. He expressed deep concerns related with phone tapping which he said was the violation of constitution. He said, if someone is doing anything wrong, then a court could issue warrant to the investigating agencies to tap the conversation. There should be a law of protection for law-abiding denizens.

He also expressed his views regarding patent laws, which sometimes sound controversial for their importance. The Apple co-founder said, the patent laws have been violated a number of times, but its still important. Even a small innovation needs patenting. He applauded people who came up fresh innovations. He does not favor fighting against each other in court for patent rights.

Mr. Wozniak expressed his doubt for building a computer, which will be capable of judging the environment around itself just like human brain. He said, normally no one can predicate the direction in which a human brain works. Then also, he is still confident in building devices that will be user friendly.

The main highlight that drew attention during his statement in the conference was his hint on making Android Phone. If Apple enters the Android market that would be interesting.