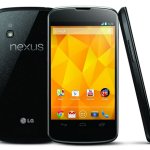 When Google released the latest version of their Android Jelly Bean OS which is version 4.2 in November 2012, only few devices were allowed to receive the update. Only Nexus devices have so far been entitled to come out with Android 4.2 whereas all the popular phones that were released at the end of 2012 and early this year have only come out with Android 4.1 or older version of OS.