Tops apps to reduce the battery drain in Android devices. 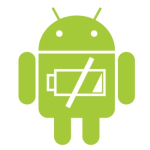 Greenify app is free and it helps to detect as well as control the applications which are installed on the device. This app finds out the useless apps and put it into hibernation when it is not in use. By doing this, it reduces the battery draining. The major functionality of the app is that it blocks all the unwanted apps and it lets the apps to run only when the user accesses it. This app only occupies 3MB RAM memory. This app will work on all Android tablets and Smartphone.

Sun Light has developed Battery Drain Analyzer Monitor app. It is an analyzing application and it has numerous features to get control over the installed apps on the device. It lets the user to check the battery status in notification bar, displays statistics of battery life for the past 30 days, displays battery status in widget, gives estimation about the battery life, etc. It includes three profiles such as Day, night and save mode. It consists of five buttons to disable or enable Bluetooth, airplane mode, Wi-Fi, mobile data and sync. These are the basic features. If you opt for premium version, then you can easily find out the app that drains the battery for the last 30 days or on daily basis.

Fay Group has developed this app and it is the perfect app to optimize the battery life as well as performance of the device. It is different from most of the apps in this category, because this app boosts the battery life of the device up to 5 to 15%. It does not diminish the display brightness. It does not decrease the CPU power, does not cut down on the Wi-Fi power, and also does not reduce the range of the phone. This app works well with tablets and Android Smartphone.

Uzum apps has developed Wakelock Detector app. This app helps to find out the applications, which drains the battery life of the device by analyzing the wakelock history. Features of this app are Screen wakelocks, shows CPU wakelocks, grabs wakelocks to identify the useless apps, sorting options, shows wakeup triggers and more. This app occupies only 1MB memory storage and it will run on any android device with later versions.

Other than this, Snapdragon Battery Guru, Battery doctor, etc are available on Google Play store. Choose the best app that helps to increase the battery performance of the device.