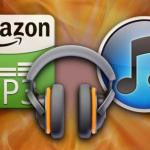 Android phones are becoming increasingly popular nowadays. A whopping 200 million phones and tablets of Google’s popular creation have been sold in the last few years. Even though Google Android still has a long way to go to reach the same level as Apple, devoted Android fans would prefer a Google Android phone over an iPhone anytime.

Recently, Google launched its new Google Play Music app, to great joy of all Android lovers. This app embodies the promise of reaching the level of the Apple music (iTunes) experience. The Beta version has just gone public and the reviews look promising. So what is Google Play Music actually capable of?  What does this app has to offer to us? Well, the features of the Google Music app are not to be sniffed at.

It has a smooth and modern user interface, and every song you ever downloaded from the Android Market will automatically appear in Google Play Music. On top of that it gives you up to 20.000 songs to be downloaded for free! You can also easily purchase songs through Google Play found in Android Market on your phone, as the process will be all the more easy. And all of the songs already on your phone will be available in the app immediately.

This music app sounds amazing but is everything really as good as it sounds? As the users of the Beta version have been somewhat complaining about the ‘blandness’ of the product, the revised and updated version should fix most issues and complaints. While most reviews on the app are extremely positive and show much promise in the constant updating and revising of this music app, many have lent their own visions on what the Google Play Music app should entail leaving devoted Android users confused until they have actually downloaded and used this music app for themselves.

One of the greatest phones of our time however, is called the iPhone. Even the apps are of an impeccable quality and Apple has not met his match thus far. Even though the performance of the new Google Music app is highly rated, that does not necessarily mean that it comes close to its Apple counterpart. Bad reviews on the iPhone or iPad are rare; this is also true when it comes to the quality of the music played on an iPhone using one of the many Apple music apps. However, upon comparing both the Google Music app and the iPhone music experience, it is only fair to say that both experiences are very similar. The Android app has a somewhat different user interface to say the least, yet the quality and performance of the apps are on an almost equal level.

If you own an Android phone yourself and you in no way intending to switch to an iPhone in the near future, then consider downloading Google Music. This app gives you all you need for the perfect experience of listening to your music. It has all the additional features you might ever need and it also gives you a considerable amount of free music, which would take you months to listen to in case you would download them all.