Evernote Notifies Its Users about Security Breach on Evernote’s Network 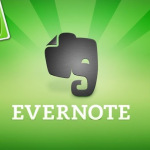 One of the major problems associated with Evernote and other cloud services is that hackers consistently look for ways to hack these services since users make use of such services to store sensitive and important documents online. Recently, Evernote notified its user through its blog that they have discovered suspicious activity on its network and already Evernote has acted up on it by blocking the activity and notifying the users about it.

What Evernote is Saying

Evernote has suggested all its customer to make use of a new password. While investing the security threat, Evernote found that hackers were not able to access or modify any of the stored data on Evernote’s secure server. Also, Evernote did not find any modification to the payment details of Evernote Premium and Business accounts. However, the investigation revealed that the hackers were able to access user information like usernames, email ids and encrypted passwords that are used by Evernote users to access their accounts.

No Need to Worry

Even though encrypted passwords were accessed, passwords stored on Evernote’s secure server are well-protected through one-way encryption. This means all the Evernote passwords are first salted and the hashed which makes it extremely difficult for hackers to crack it.

Evernote confirmed that none of the accounts were hacked into but they have clearly suggested all users to change their passwords. The blog post on Evernote’s blog stated that their encryption is quite strong and they are making good efforts to keep your personal data completely safe from hack attacks.

You do not need to be worried about the security threat on Evernote’s network as the hackers have not managed to gain anything that can harm. When you try to sync your app, it will show you authentication error and it will prompt you to change the password and then ask you continue syncing. Evernote will also be releasing an update which easily will help you to reset your password