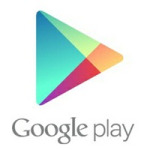 Update for Google Play store app rolled out again, with this Google Play Store App updated to v3.10.10. Now you can Update Google play store apk by downloading it manually. Google Play Store Apk v3.10.10 got several changes over previous version. Going through the apk code revealed that there were improvements on checkout, billing, and authentication code files.

As previously said this is a bug fix release update. though the Google Play Store App v3.10.10 had several improvements over it’s previous version. Some of the updates include: If you have download the above Google Play Store App v3.10.10, but a bit confused about how to update and install this Google play update. In that case I would like to tell you : Just install it like any other normal app or game. if still not convinced follow the followings.

Now you completed Updating your Google Play app to the latest version. If still have any queries, let us know in the comment section, we will try to solve it.