App Lock – Protect your Android App with password or pattern 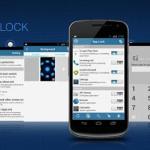 The App lock is a small lightweight App that is absolutely essential for anyone who shares their phone temporarily with children or anyone else. The App locker is a simple App that places a lock on selected Apps and requires authentication before it is opened. It is a free app and works without Ads.

The App locker is essential for people who share their phone with children. The App Lock prevents children from accidentally placing calls, sending messages or emails or accessing Apps that are not suitable for them. Most parents use smart phones to divert the attention of children and having an App locking application is important to prevent embarrassing accidental calls or messages.

The App lock has a simple interface that lists all the apps installed on the phone and lets the users pick the apps that they want to lock. Once the selection is done all one has to do is turn on the App lock whenever they want to share the phone.

The App Lock will even help lock out the phone settings and other important set up menus which is important in preventing children from accidentally changing phone settings. The App lock can be used to block browsers and the Google Play store which will prevent children from downloading new apps or opening advertisements on Apps.

The App Lock has a simple widget that can be placed on the home screens that makes for easy activations and deactivation of the app. This simple yet powerful widget makes it easy for people to do a one touch lock and unlock for the Apps.  Trying to work with locked Apps when the App lock has been activated is difficult because the App Lock will frequently request unlock authentication. In such cases it is simply easier to disable the App locker before proceeding to work with the locked Apps. The App Lock widget comes in really handy in these scenarios.

The App Lock has a clean easy to use interface. It makes it easy for people to set up Apps that they want to lock. The App Locker works great on all phones. It is an extremely small install and thus suited for all Android Phones.  The App locker Advanced settings allows for setting up of locks on the Google Play store which helps in preventing installs and uninstalls of Apps.

The App Lock gives two options for unlocking the Apps. It uses a number lock or a gesture lock. This is a really useful feature as often people prefer one over the other. It makes it easy for people to easily lock and unlock the apps.

Some features that could be added to it are setting up of profiles for locking, which will help in keeping some Apps permanently locked for privacy concerns. It could also do with features that prevent deletions of files from the Gallery when the lock is activated. The App Lock is a great little App that works flawlessly. It is a very stable App and the developers keep updating the App and come up with improvements.